“Rocket science” as in “The wisdom of this world ……”

“Rocket science” is an expression often used for a strategy which requires superlative intellectual input. After all, the career of rocket science is one which engages only the cream of the intellectual talent
of humankind. And this is true in all cultures and in all nationalities.
The end product of the immense scientific output of these formidable intellects has been the launching of a profusion of satellites which perform tasks whose complexity is beyond the reach of ordinary mortals. The catch is that there is now, not only an overabundance of artificial satellites whizzing around in a variety of orbits, but, surprise, surprise, “these high-tech, highly expensive machines are soaring
through a soup of 130 million bits of space junk” (Sunday Times 19th June 2022). The junk is made up of debris from rocket sections and obsolete satellites, and there are also smaller items such as aluminium
scarps and flecks of paint. Any space junk is dangerous because even tiny scraps travel at such high speeds that they can destroy the sensitive instruments carried by satellites.
On more mature reflection, the outcome of space exploration and the use of space as a staging post for instruments that influence events in our world has been a belated recognition that so-called rocket science might eventually prove to be a counterproductive strategy.
To paraphrase 1 Corinthians 3:9: “The wisdom of this world might eventually prove to be mere folly.”
Oscar Jolobe 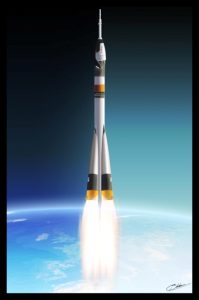