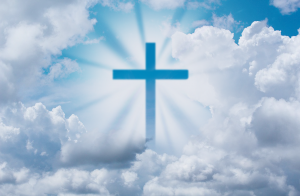 Lord God, despite the restrictions placed upon us and the circumstances in which we are living in these days, we are thankful that we can turn our eyes upon you to praise and worship you the living God, drawing comfort in the knowledge of your gracious and compassionate nature.

We are conscious Lord of those who have not been able to meet with others, concerned perhaps not to be in other people’s company because of health reasons. We think of them now, think of them sitting where they normally would be on a Sunday in church. …………..We ask you Lord, to bless them, just where they are now, uniting us together through the love of Christ.

Gracious God, you offer us new life in Christ, yet so often we try to live in our own way and in our own strength. We stray from the paths you want us to follow. Forgive us for our half-hearted efforts, our self-centredness, our selfish prayers. Challenge our minds and hearts and lead us towards your truth.

Hear good news. For all who put their trust in Christ. Jesus says: ‘Your sins are forgiven.’  Amen. Thanks be to God

HYMN: Help Us Accept Each Other

Help us accept each other
as Christ accepted us;
teach us as sister, brother,
each person to embrace.
Be present, Lord, among us
and bring us to believe:
we are ourselves accepted
and meant to love and live.

Teach us, O Lord, your lessons,
as in our daily life
we struggle to be human
and search for hope and faith.
Teach us to care for people,
for all – not just for some,
to love them as we find them
or as they may become.

Let your acceptance change us so that we may be moved
in living situations
to do the truth in love;
to practice your acceptance
until we know by heart
the table of forgiveness
and laughter’s healing art.

Lord, for today’s encounters
with all who are in need,
who hunger for acceptance,
for justice and for bread,
we need new eyes for seeing,
new hands for holding on:
renew us with your Spirit;
Lord, free us, make us one.

The word of the Lord came to Jonah a second time, saying, “Get up, go to Nineveh, that great city, and proclaim to it the message that I tell you.”
So Jonah set out and went to Nineveh, according to the word of the Lord. Now Nineveh was an exceedingly large city, a three days’ walk across. Jonah began to go into the city, going a day’s walk. And he cried out, “Forty days more, and Nineveh shall be overthrown!” And the people of Nineveh believed God; they proclaimed a fast, and everyone, great and small, put on sackcloth.
When God saw what they did, how they turned from their evil ways, God changed his mind about the calamity that he had said he would bring upon them; and he did not do it.

Now after John was arrested, Jesus came to Galilee, proclaiming the good news of God, and saying, “The time is fulfilled, and the kingdom of God has come near; repent, and believe in the good news.” As Jesus passed along the Sea of Galilee, he saw Simon and his brother Andrew casting a net into the sea – for they were fishermen. And Jesus said to them, “Follow me and I will make you fish for people.” And immediately they left their nets and followed him. As he went a little farther, he saw James son of Zebedee and his brother John, who were in their boat mending the nets. Immediately he called them; and they left their father Zebedee in the boat with the hired men, and followed him.

What an explosion of interlocking themes the readings for this Sunday gift to us! A smorgasbord of the delights and demands, of daring to claim to follow Christ Jesus.
As if all that wasn’t enough, our Gospel is playfully embedded between two accounts of the many ways human beings can react to what is essentially good news, as the church of Corinth struggles to accept what it cannot see, and poor old Jonah struggles to see what he cannot accept.

Our Gospel story begins with Jesus, picking up where John has so abruptly left off, proclaiming, “The time is fulfilled and the kingdom of God has come near; repent, and believe in the good news.”’

The unsettling immediacy in Marks storytelling, transporting us from John’s arrest, to Jesus seamlessly continuing John’s mission and message.
It’s as if our story teller can’t wait to get John out of the picture, to put Jesus centre stage. Jesus is the one who is to come. And if he is the one, then this is the time. And if this is the time, no response is immediate enough! For the kingdom of God is close at hand.
For all Mark’s excitement and urgency, Jesus seems practically chill at this point, and makes his appearance wandering by the sea, talking with labourers and fisher-folk, asking them to accompany him on his mission. Calling people to repentance, as John did.

Metanoia, a word dripping with meaning – not just a change of heart, or a change of mind, but a setting out in a new direction. Repentance means an about turn, not merely in the negative, turning away from what is wrong, or ‘sin’, but in the positive, turning towards what is good and from God. Repentance isn’t only an acknowledgement of our frailties or an admission of guilt which requires God’s forgiveness. It’s an ongoing commitment, that this is a point of change in our lives, a continuing striving to become more like the one who says follow me.

In Rob Bell’s book, Velvet Elvis, he explores in the chapter called Dust what on earth is going on in Jesus encounter with these fishing families. He paints a fascinating picture of those training to be rabbi’s, the rigour of the process which makes preparation for URC ministry look a walk in the park. That at each stage of the process, candidates will be sent home, told they are not good enough, that their future lies in learning the family trade, that they will never make the grade where a Rabbi invites them to be their disciple.

But this Rabbi, Jesus, cuts through all this, and says to the ones who were told they didn’t make the grade; those whose skills included casting and fixing nets – come on, I could use a few people like you. Follow me, and I’ll teach you how to fish for people. The power of Jesus words are not only in what’s to come, but what they sweep aside. This Rabbi turns no one away.

Maybe the Markan immediacy tells us something of the power of Jesus words after all, as these men immediately leave their nets and respond to his call?

But these words of call, of fishing for people, are not just calling individuals to faith or service. Once again the words spoken by Jesus carry much more meaning than that which is plain to see. Jesus invitation to ‘fish for people’ are first found in Jeremiah Chapter 16, verse 16 where it is used to indicate Yahweh’s intentions to restore Israel by removing those from within who have played a part in its demise, those who have steered Israel away from The Way. Elsewhere in the Hebrew scriptures, in Ezekiel, Amos, and Habakkuk the concept of ‘hooking a fish’ is used as a metaphor calling out the oppressors, for taking judgement on the corrupt and powerful. For catching those who are doing harm to God’s people.

So is this what Jesus meant? He’s planning to pick off the rich and powerful, the greedy and the corrupt, one by one? No. Nothing so unambitious as that. Have you noticed the change in imagery? Jesus call first those who know how to fish, but he calls people who fish with a net, not a hook. A net doesn’t use bait, it doesn’t target or trick. A net catches more, it vastly increases the scope and scale of Jesus ambition. It holds whole systems and communities to account. But it doesn’t catch everything. The smaller fish are not caught up in it.

A net needs to be maintained if it is to continue to be effective. There are different nets for different conditions, requiring knowledge and skill to achieve a good catch.
So God calls people who know how to cast, and where to cast. How to mend and maintaining, adapt and learn.

Jesus call is to cast the nets that will challenge the corruption at all levels of our society. From discrimination within our church, to oppression and violence to people, Gods people the world over; exposing inhuman systems, not individuals, for their arrogance, selfishness and disregard for Gods people.

Much more attractive than the ambiguous call to save souls!

When we cast out lines loaded with bate driving hooks into the oppressors of society to hold them to account; that offers no chance for heeling, nor does it show that the God who calls us all to a continuing repentance, is a God of compassion and love. When we cast nets fairly, with justice and joy, people have the chance to humble themselves – to truly repent. To make ourselves small enough to slip through the net. Not to evade punishment, but as real change and ongoing repentance.

Lord God, throughout history you have called people to respond to your challenge to follow you, undaunted by the task to which they were called believing that you would guide and lead them, inspire and enable them to fulfil the work to which they were called. We give thanks for those whose faithful discipleship and friendship encouraged and guided us. Help us to learn from their example and to respond faithfully and willingly whenever you call. Help us to have faith to follow wherever you lead.

Our Father who art in heaven hallowed be thy name. Thy kingdom come……Thy will be done on earth as it is in heaven. Give us this day our daily bread and forgive us our trespasses as we forgive those who trespass against us and lead us not into temptation but deliver us from evil for thine is the kingdom the power and the glory for ever and ever

May the Lord bless us and keep us in his love as we answer his call to follow and serve him in the world today. Amen