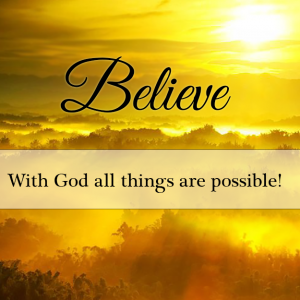 Breathe on me, Breath of God,
fill me with life anew,
that I may love
what Thou dost love,
and do what Thou wouldst do.

Breathe on me, Breath of God,
until my heart is pure,
until with Thee I will one will,
to do and to endure.

Breathe on me, Breath of God,
till I am wholly Thine,
until this
earthly part of me
glows with Thy fire divine.

Breathe on me, Breath of God,
so shall I never die,
but live with Thee the perfect life
of Thine eternity.

When it was evening on that day, the first day of the week, and the doors of the house where the disciples had met were locked for fear of the Jews, Jesus came and stood among them and said, ‘Peace be with you.’
After he said this, he showed them his hands and his side. Then the disciples rejoiced when they saw the Lord. Jesus said to them again, ‘Peace be with you. As the Father has sent me, so I send you.’ When he
had said this, he breathed on them and said to them, ‘Receive the Holy Spirit. If you forgive the sins of any, they are forgiven them; if you retain the sins of any, they are retained.’
But Thomas (who was called the Twin), one of the twelve, was not with them when Jesus came. So the
other disciples told him, ‘We have seen the Lord.’ But he said to them, ‘Unless I see the mark of the nails in his hands, and put my finger in the mark of the nails and my hand in his side, I will not believe.’ A week later
his disciples were again in the house, and Thomas was with them.
Although the doors were shut, Jesus came and stood among them and said, ‘Peace be with you.’ Then he said to Thomas, ‘Put your finger here and see my hands. Reach out your hand and put it in my side. Do not
doubt but believe.’ Thomas answered him, ‘My Lord and my God!’ Jesus said to him, ‘Have you believed because you have seen me? Blessed are those who have not seen and yet have come to believe.’ Now Jesus did many other signs in the presence of his disciples, which are not written in this book. But these are written so that you may come to believe that Jesus is the Messiah, the Son of God, and that through believing you may have life in his name.

Christ is Risen. So? We heard it last week, people have told us this again and again, as if, if we don’t believe it for ourselves, something large is missing in our lives. We retell the story of dear Thomas annually as if we are being told not to be like Thomas, or that we can be like him and it’s really OK. But no, Oh no. If we had been in that room, we’d believe.
Yet believing in something in and of itself is just that, belief. The Gospels show us in so many ways that the community of faith grew around Jesus not because of what Jesus believed, but because he acted in the power of that belief. He believed in justice so he challenged situations where he didn’t see it. He acted by turning the tables in the Temple. He healed on a sabbath; he spoke to women others refused to see. He worked with men who weren’t accepted in the mainstream. We are shown that Jesus believed God-power in the physical geography of his time and in the reality of himself and the people who followed; so he named that power in others and they acted by changing their lives with him.

We can believe in justice as a thing. We can believe in love and care and kindness and humility. But until we start living and acting as love, living out that care, graciously spilling over with kindness and working with others in humility as compared to power, a belief is just a belief, almost an object to be admired. Thomas wanted to move his belief into tangible territory, touching what he hoped to know as true. Believing in resurrection is OK. Living resurrection is quite another thing.

I need to stop for a moment because I’ve been talking about belief and that’s a hot topic in our civil society right now. We wonder what is true and what is not. We can believe strongly in many things. Most painfully recently, we can see the results of blind belief in charismatic leaders which makes people act in toxic and life denying ways, attempting to or actually overthrowing governments. People can act on their belief in a way which brings destruction and injustice. We are called to be very cautious of and discerning about who we follow, testing truth as we go. With that absolutely affirmed, I go back to our narrative – by the time Resurrection itself had arrive in this upper room, these disciples had evidence of quite another power; love itself in active reality.

Let’s look at that upper room story. I have a hard time taking any of the Bible literally, coming as it is in waves of myth, poetry, prophesy, remembered relationships and political writing for certain points of view.
Like others, I try to probe just why some texts ended up the way they did, what the eventual author wanted to say and why a group of scholars decided to save the tales for posterity. Whoever John is wrote this story after Jesus was executed and about 20 years after Rome destroyed the temple in Jerusalem. Jesus was seen as a sign of rebellion, part and parcel of heaps of Jewish people’s reaction to Roman occupation. Crucifixion was a deadly Roman stunt to create fear and it worked. Jesus’ followers were afraid. Of course. And fear makes people do things against their nature. Perhaps John tells this moment around Thomas to identify with our humanity and hint at what John knew to be true. The story has these
humans gathered in fear in their old nature, against the new natures they had lived with Jesus. So John shows us that resurrection is not a thing to be believed, but a thing to experience, and experience changes what we do. The deep truth of ‘Christ is Risen’ woke this fearful bunch in that upper room, and the continued stories of those followers showed their courageous lives as not believing resurrection, but living it.

What Easter calls us to do is neither. Easter’s message ‘Christ is Risen’ calls us not to believe, or to behave, but to live resurrection. HOW?!

First of all, look back at your own life. You are here now, this moment, in this podcast, listening to these words. You are here. Now. You know that there were times when you thought you wouldn’t be here. You
might have been near death as I have been, or you might not have had your mental health, or your physical health has been so limited, or you might not have had the courage to make the commitment to open this service and listen. You have been through an enormous amount in your lives no matter what age you are, and much of what you’ve been through most people don’t even know.

Second, name that truth. You are here. Physically. Alive, even while you grieve.

Dare to call each survival resurrection. In real time, you faced your own hell and you have come out of it. With help sometimes, other times, all on your lonesome. You may be more fragile as a result or you may have more character or more courage or less worry. However, you’ve come out, you’re here. I call that resurrection. Life from death.

Finally, breathe that in. Let Holy Spirit, God’s self in this present moment, affirm that you are indeed a person of resurrection experience. You have lived it. It isn’t someone else’s story. Your story is that you are already living resurrection. You have had your own upper room of fear, and you are here. You have met ‘Christ is Risen’ and you are living resurrection.
When that happens, you, we, can do anything. No longer afraid, swept out of our fear by the resurrections we have truly and literally experienced, we can live that resurrection where we see others who are in fear. Full of Holy Spirit, we can walk the way of Jesus, working with power where injustice needs resurrection power. We can talk to politicians without undue awe – we’re resurrected people. We can look others in the eye with humility, care and respect because we don’t need them to affirm us. We’re are resurrection lives. We can read what we’ve been afraid to see and write what we’ve kept ourselves from writing. There is no stopping us. There is no stopping you.

For many of you listening, you are rightly full of scepticism. I gently ask you to look back. See a moment you survived. Try saying to yourself, “I lived after that.” “I am living resurrection.” “I can walk this walk.”
Bless you.

Living God of this time and place, we come to you for ourselves, desperately seeking to love ourselves as much as we love our neighbours. We come to you for our neighbours, desperately seeking to love all of our neighbours as much as we love ourselves.
Lord God, I hold this thing in my hands. It is real, I can see it, I can feel it. It reminds me of my reality and the realities of my life. I thank you for my resurrection times.
I so want others to know this too. In this silence, I name those who are dear to me who I want you to touch and heal.
Oh God, I see the faces of people in the news and imagine their agony. I hold this thing in my hands and move myself to more care than I have had, as if by holding this object, I hold them. Move more people to care, dear God. Move more to speak out instead of keeping silent. I am together in this prayer time with others. As we all hold something now, let us all see the path to actions, bringing resurrection life and anger to what appear to be hopeless things. In this silence, we name all those people, places and situations in our world which cry out for meaningful connection and justice; structures, our planet, our societies and for all of those touched by them.

We bring all of these prayers to you O God, confidently and hopefully, for you are our Saviour, our own resurrection life.

We pray in the name of our Lord Jesus Christ, and in the power and presence of Holy Spirit. Amen.

At the name of Jesus
every knee shall bow,
every tongue confess Him
King of glory now.
‘Tis the Father’s pleasure
we should call him Lord,
who from the beginning
was the mighty Word.

Humbled for a season
to receive a name
from the lips of sinners
unto whom he came,
faithfully he bore it
spotless to the last,
brought it back victorious,
when from death he passed.

Since then, this Lord Jesus
shall return again,
with his Father’s glory,
with his angel train;
for all wreaths of empire
meet upon his brow,
and our hearts confess him
King of glory now.